The owners of Lower Shaw Farm, where this cabin lives, offer a year round programme of residential workshops and courses.

They needed some extra living spaces that made more use of the beautiful garden they have. First and foremost they wanted an extra bedroom, followed by a small massage and writing room so I suggested we do all three in one.

This is a mobile cabin, but instead of having wheels which creates weight and layout restrictions, it is built on a galvanised welded steel chassis. The chassis then sits on ground screws. (Stainless steel screw in piles). This means that not only is the cabin totally mobile, it can be picked up by a crane and moved on a low loader lorry, once moved it will leave no trace. One can just remove the ground screws, and the ground where the cabin sat is instantly returned to untouched pristine soil.

This also means that during the build process there is no need for concrete, or digging, or removing anything heavy.

The cabin was created using many reclaimed elements. The windows were bought second hand from eBay, the oak door was from my dad's house when he renovated, I rescued the sink from being used as a trough for plants at Lower Shaw Farm, the taps came from a car boot sale, the copper for the fire hearth was an old water boiler removed from the farm many moons ago, and the floor was from a local reclamation yard. There are plans afoot to add a shower and compost toilet extension, a boot cupboard, and a veranda, all of which will just increase the joy of this space, of which there is already so much. Its a lovely thing having so many different people using the space and Andrea and Matt who run the farm constantly feedback to me how much people enjoy using it. During the Covid pandemic a couple lived in it for 8 months. 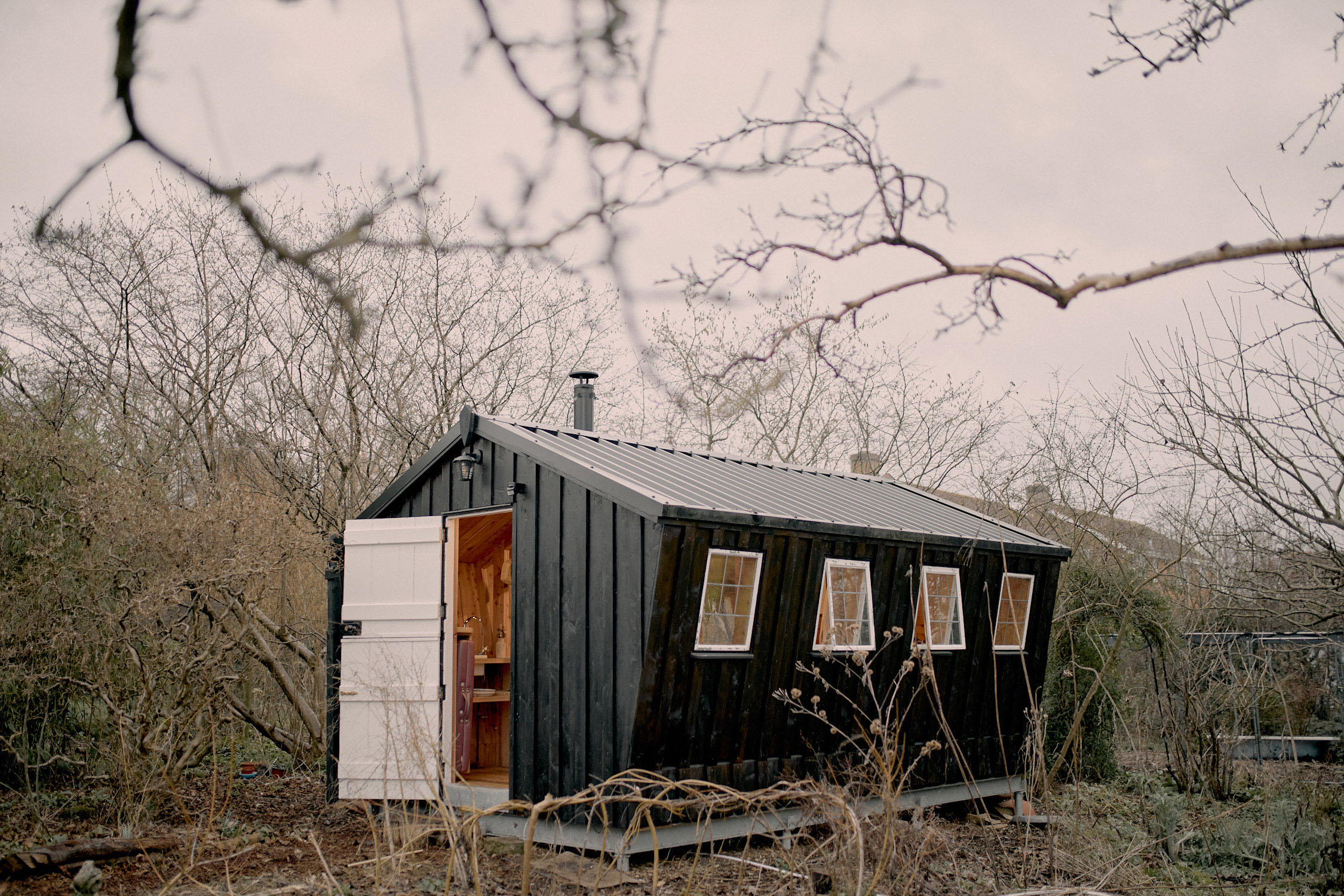 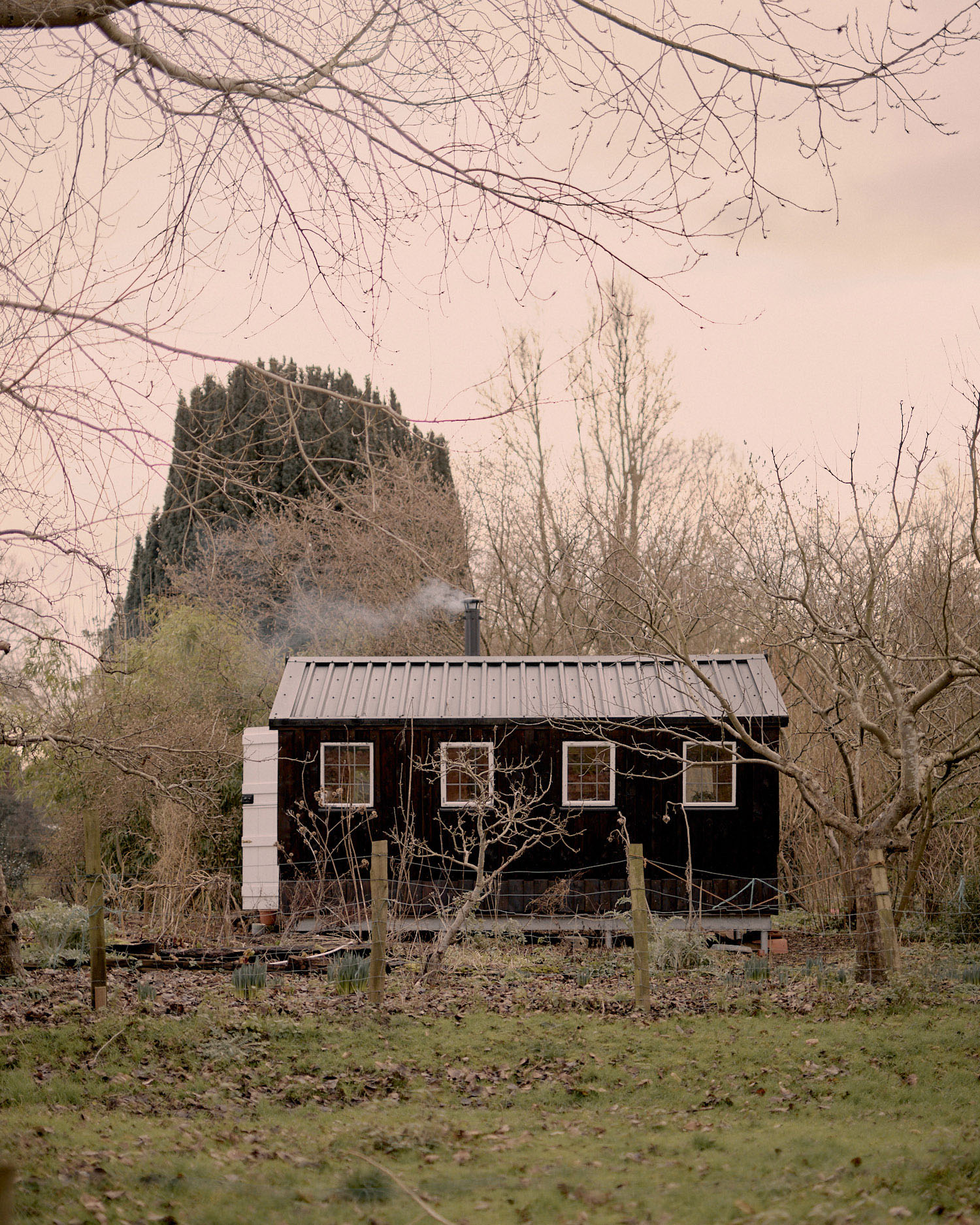 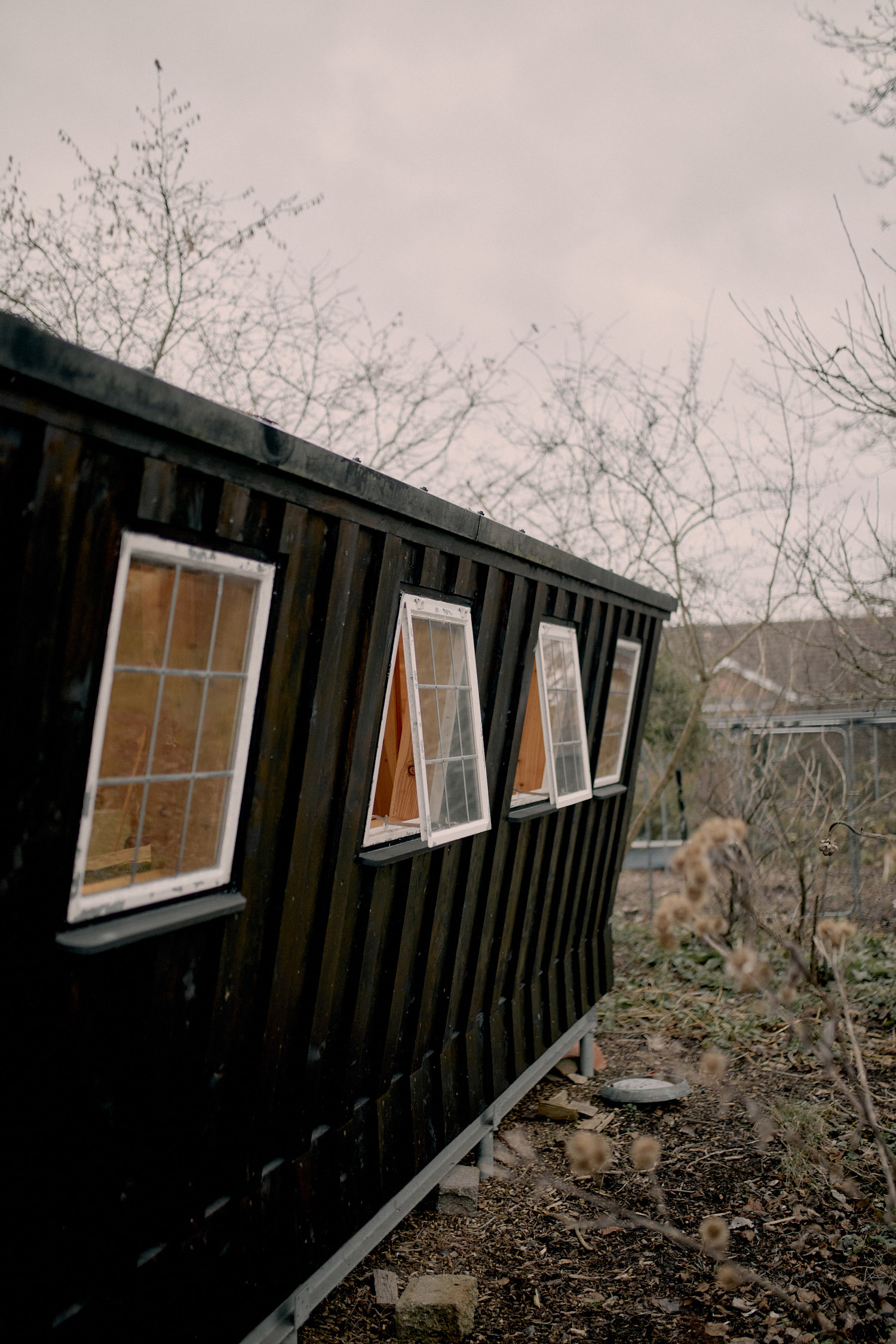 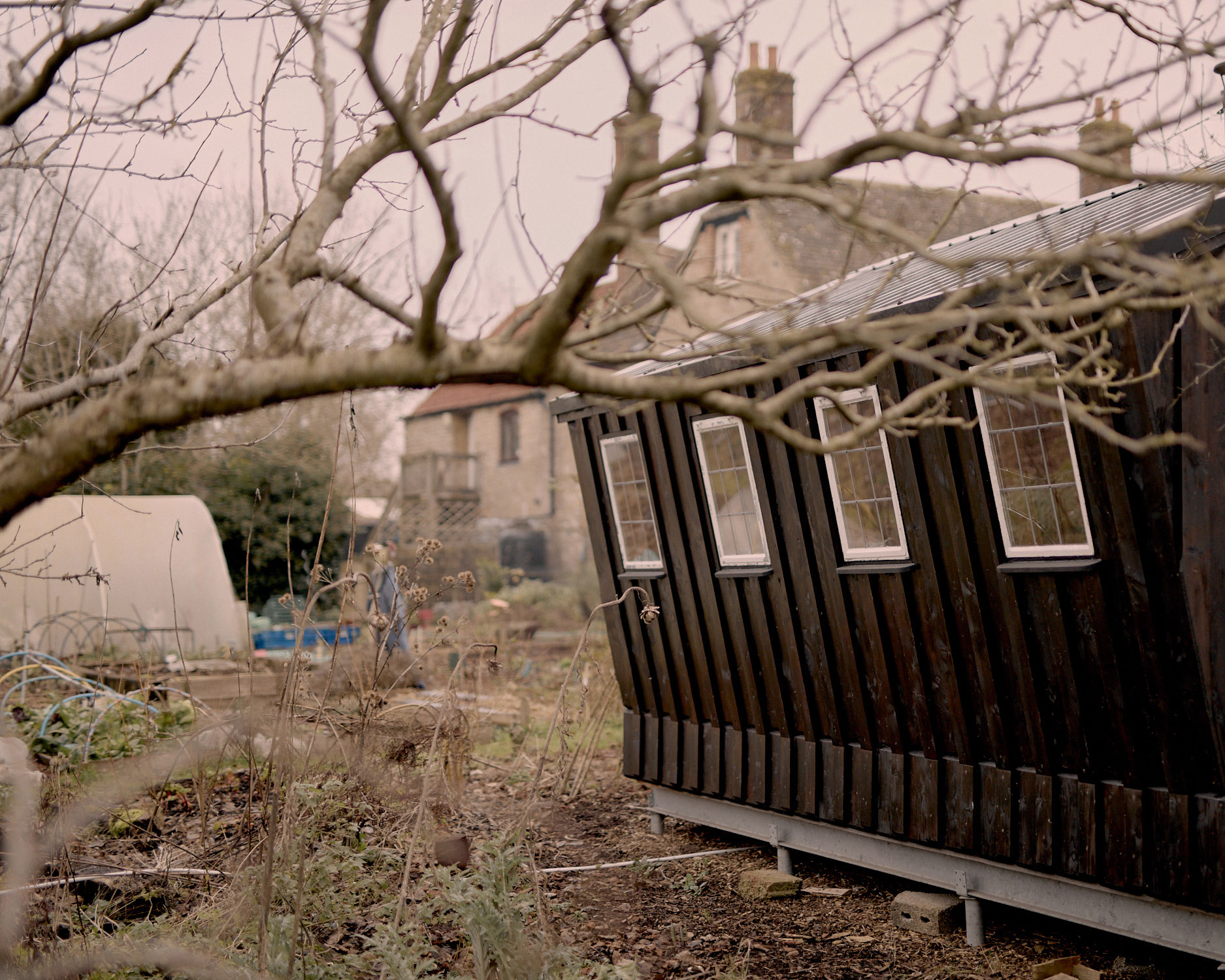 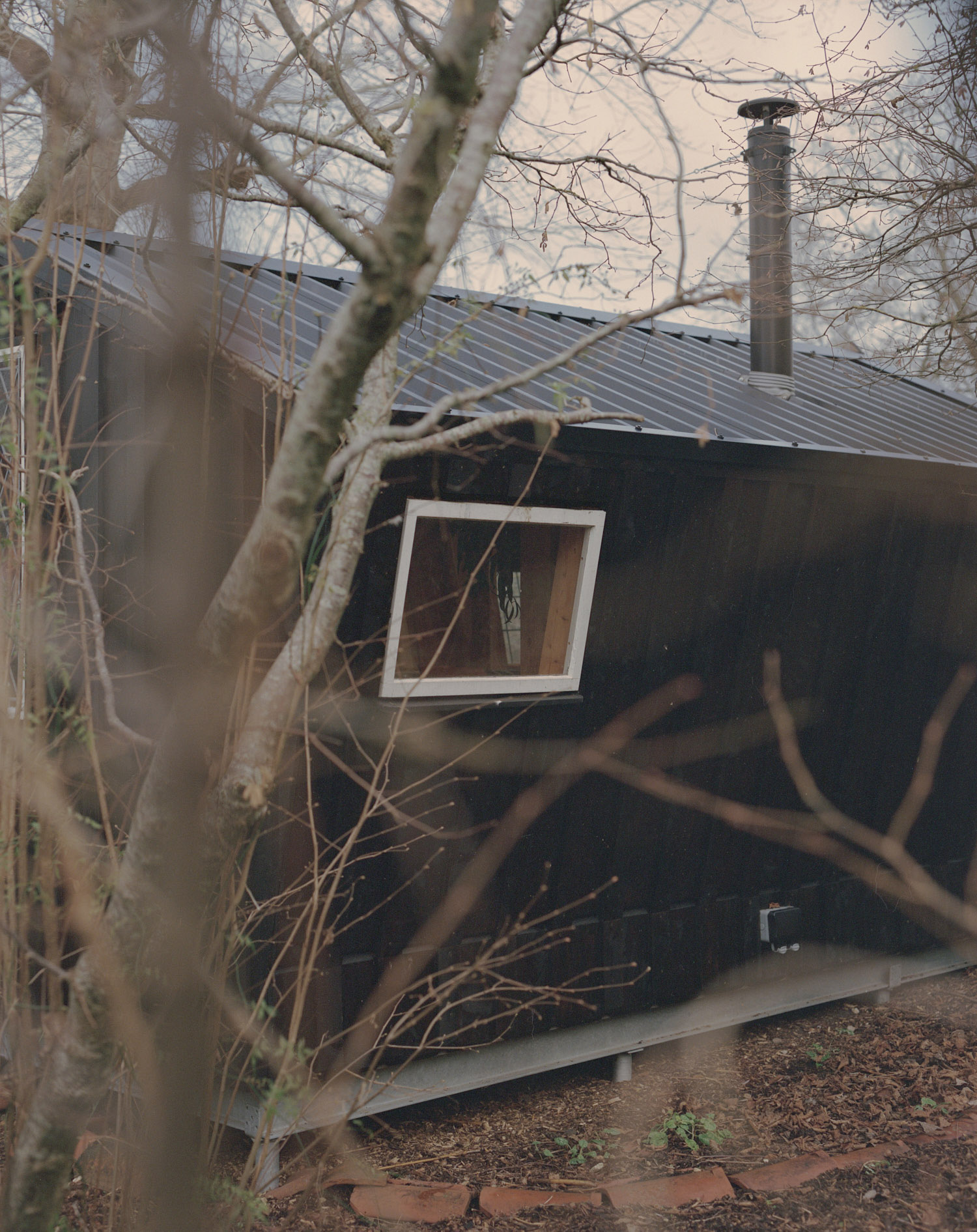 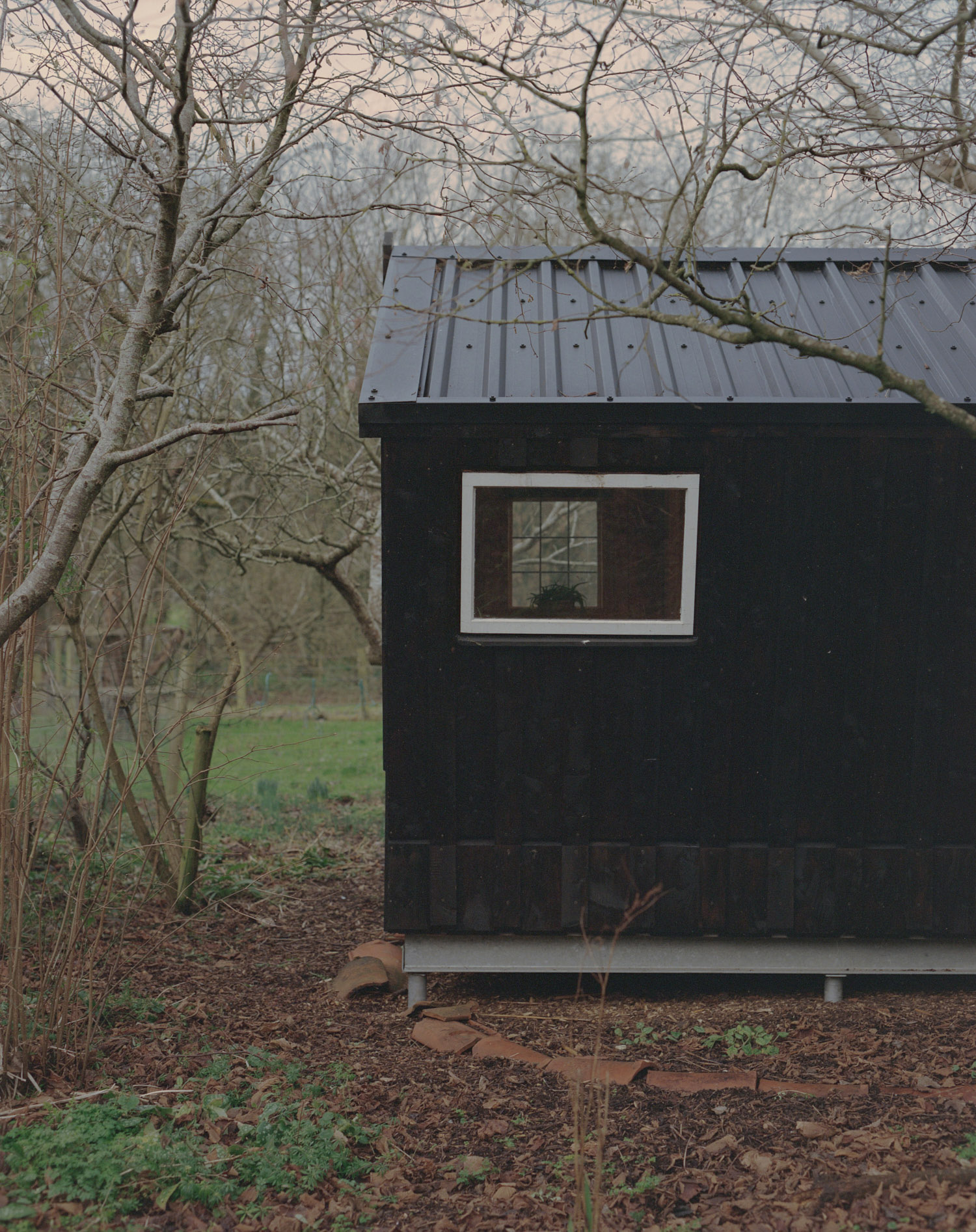 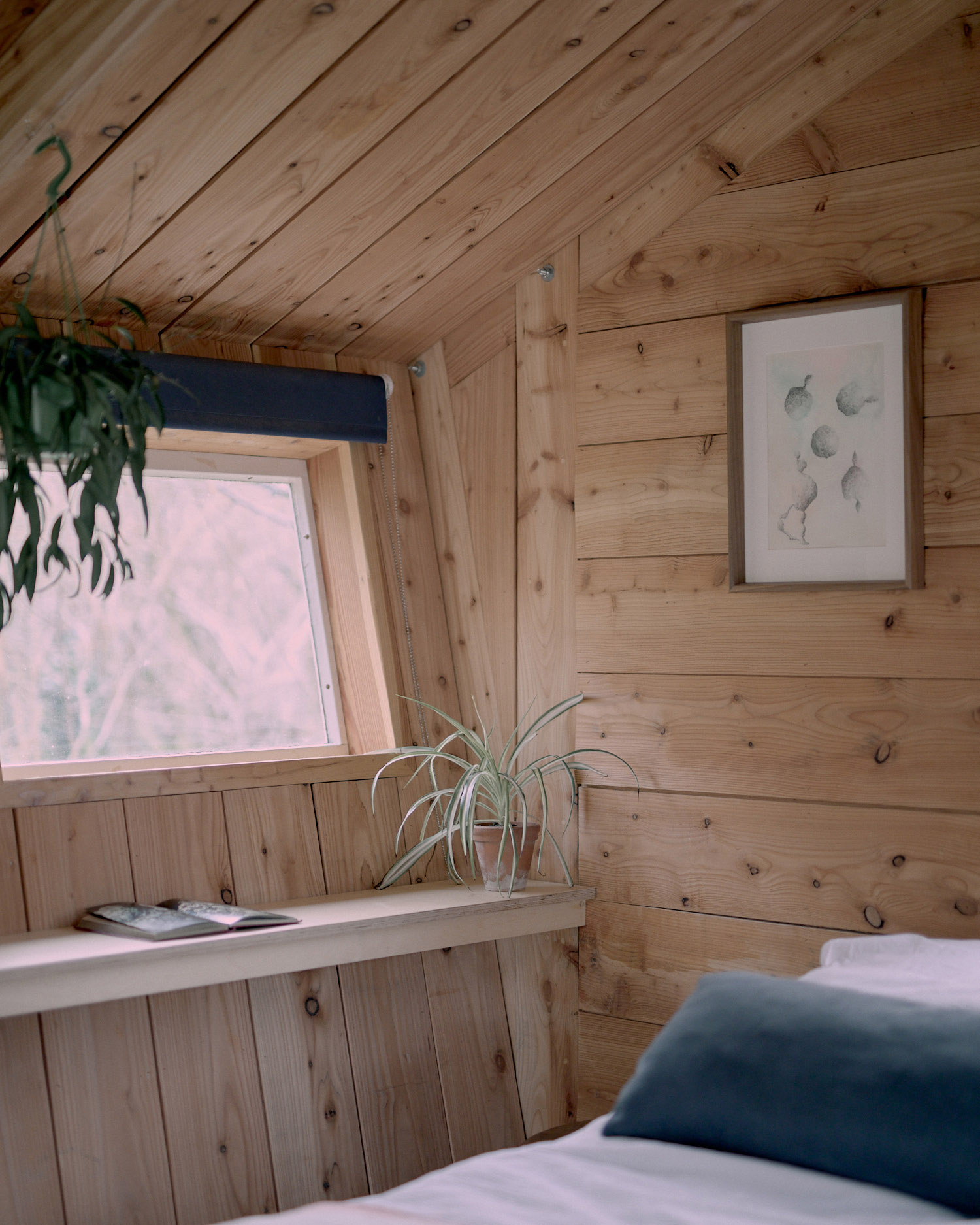 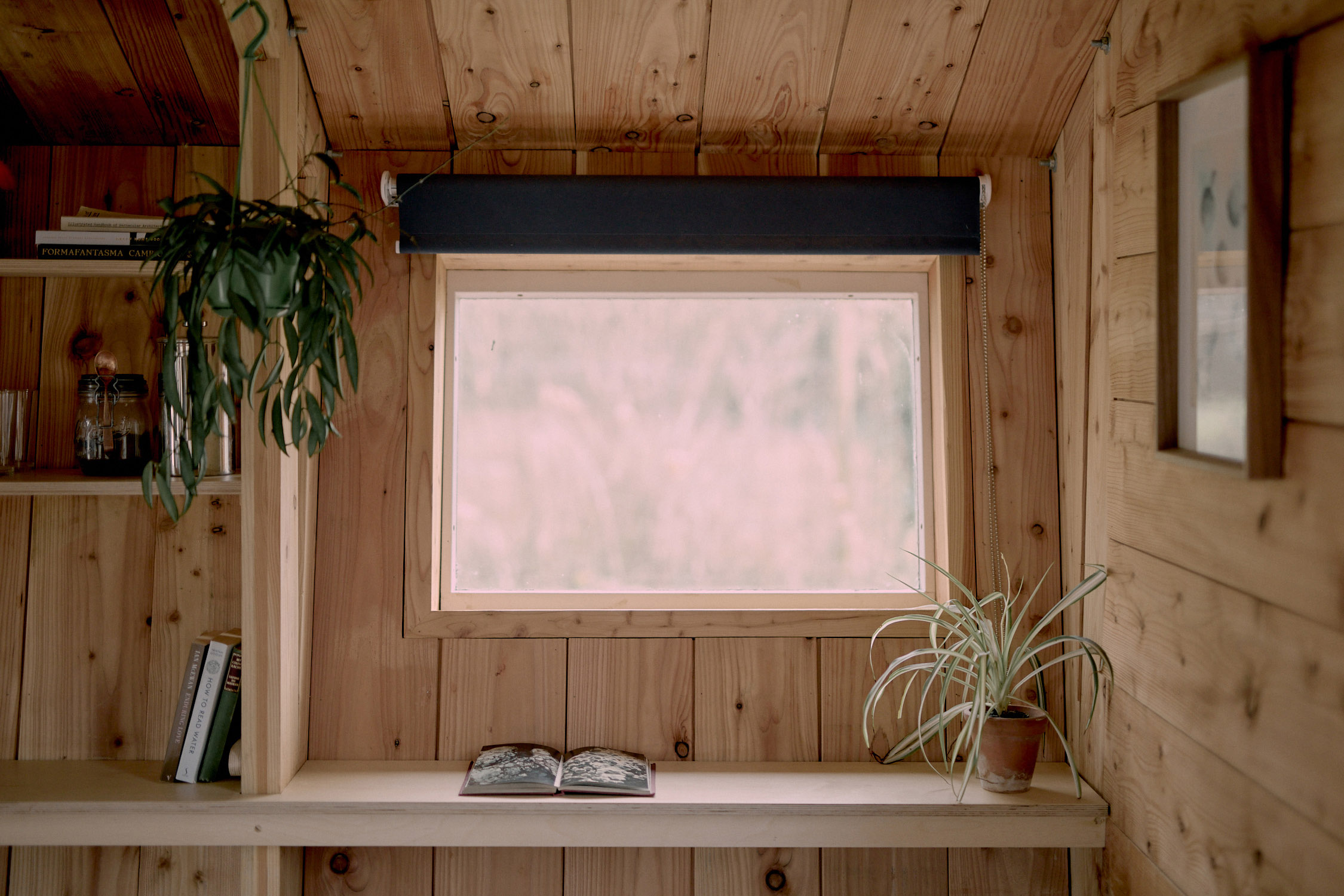 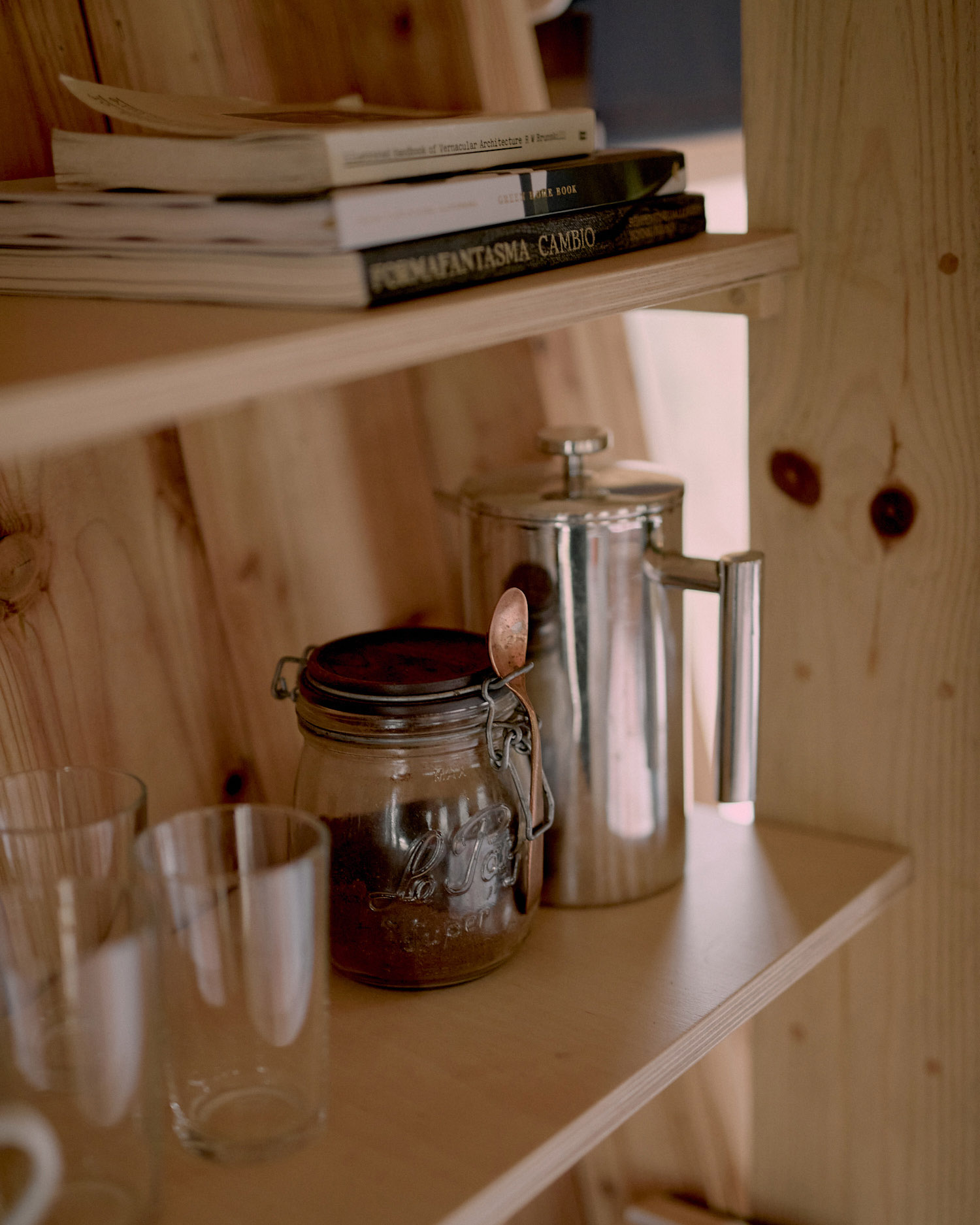 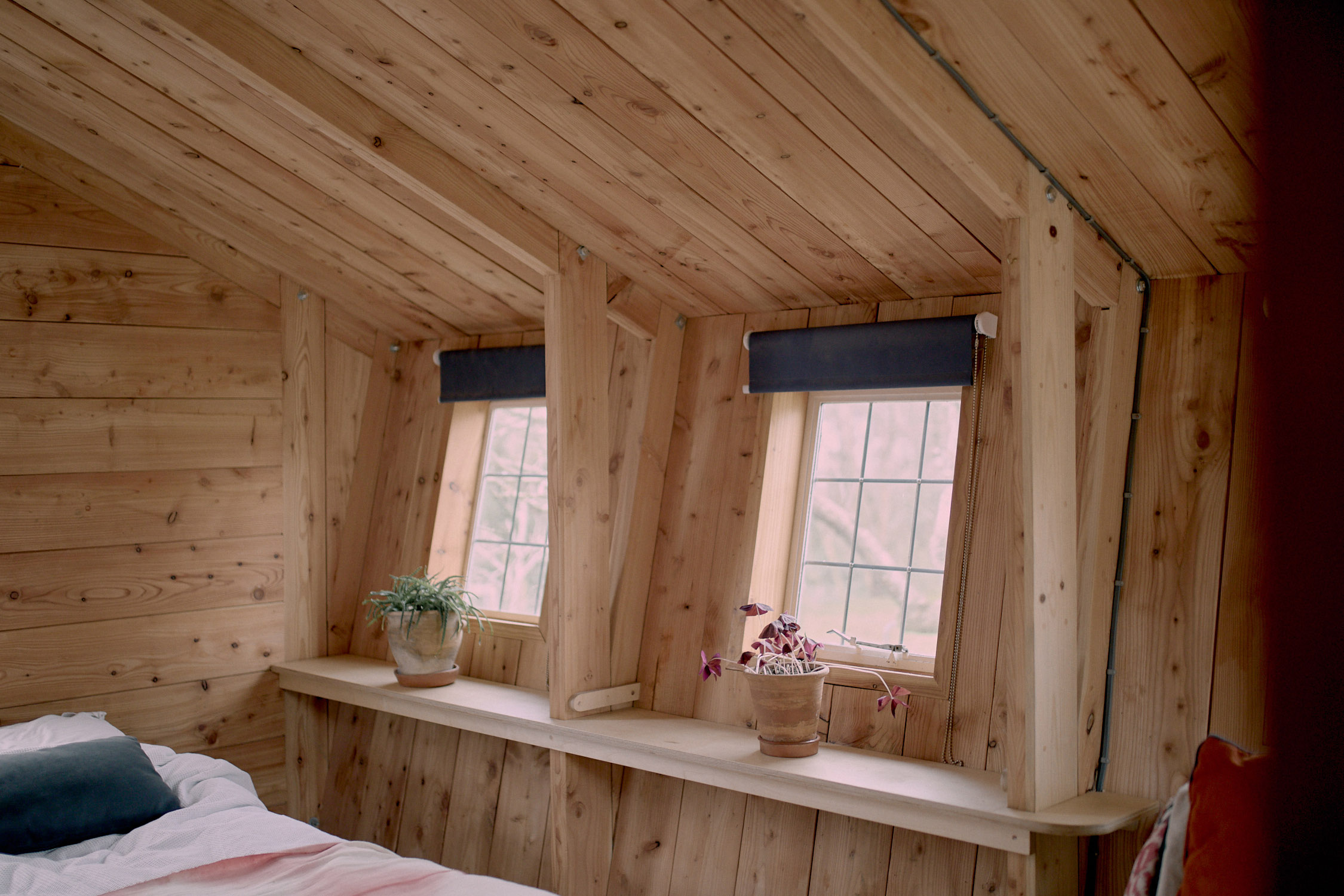 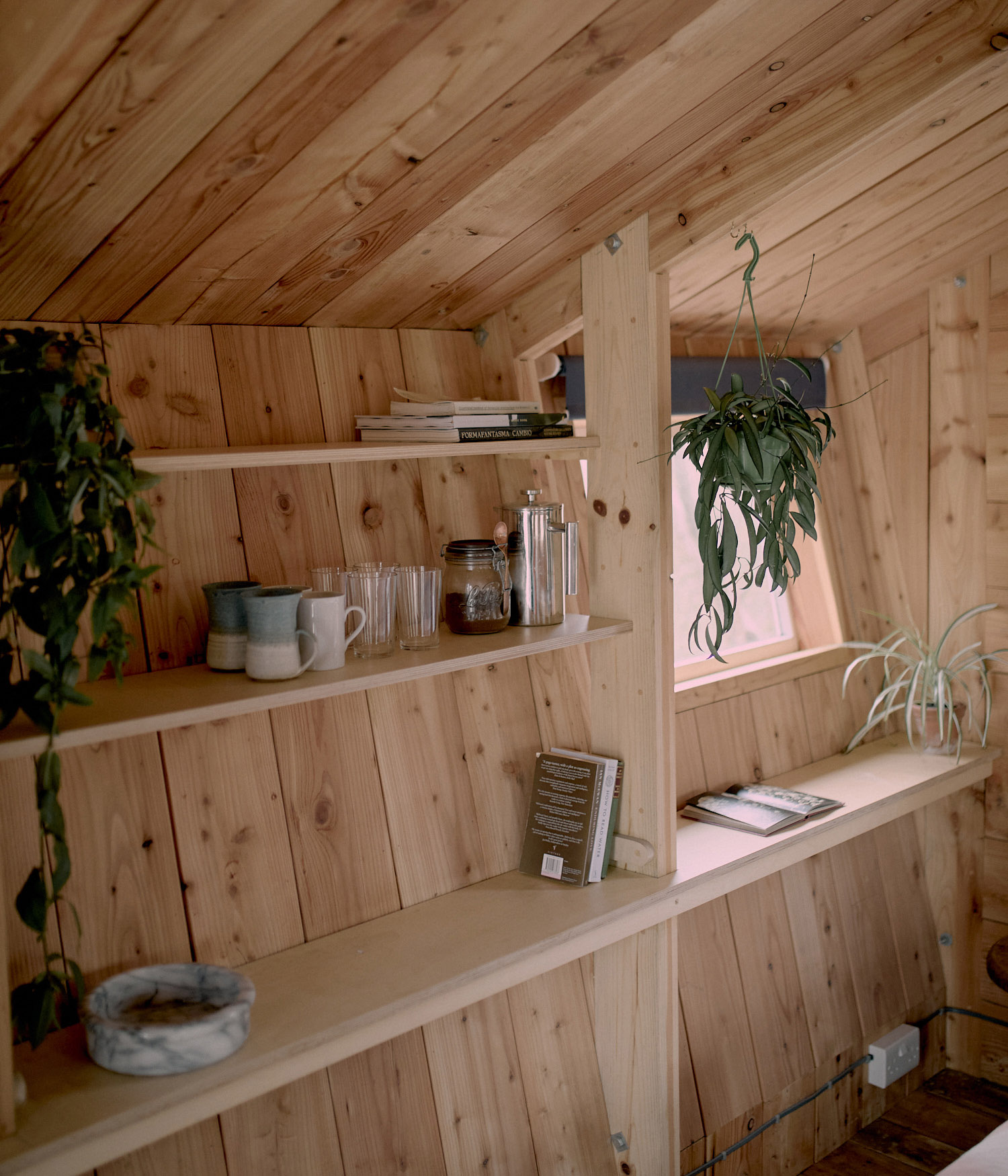 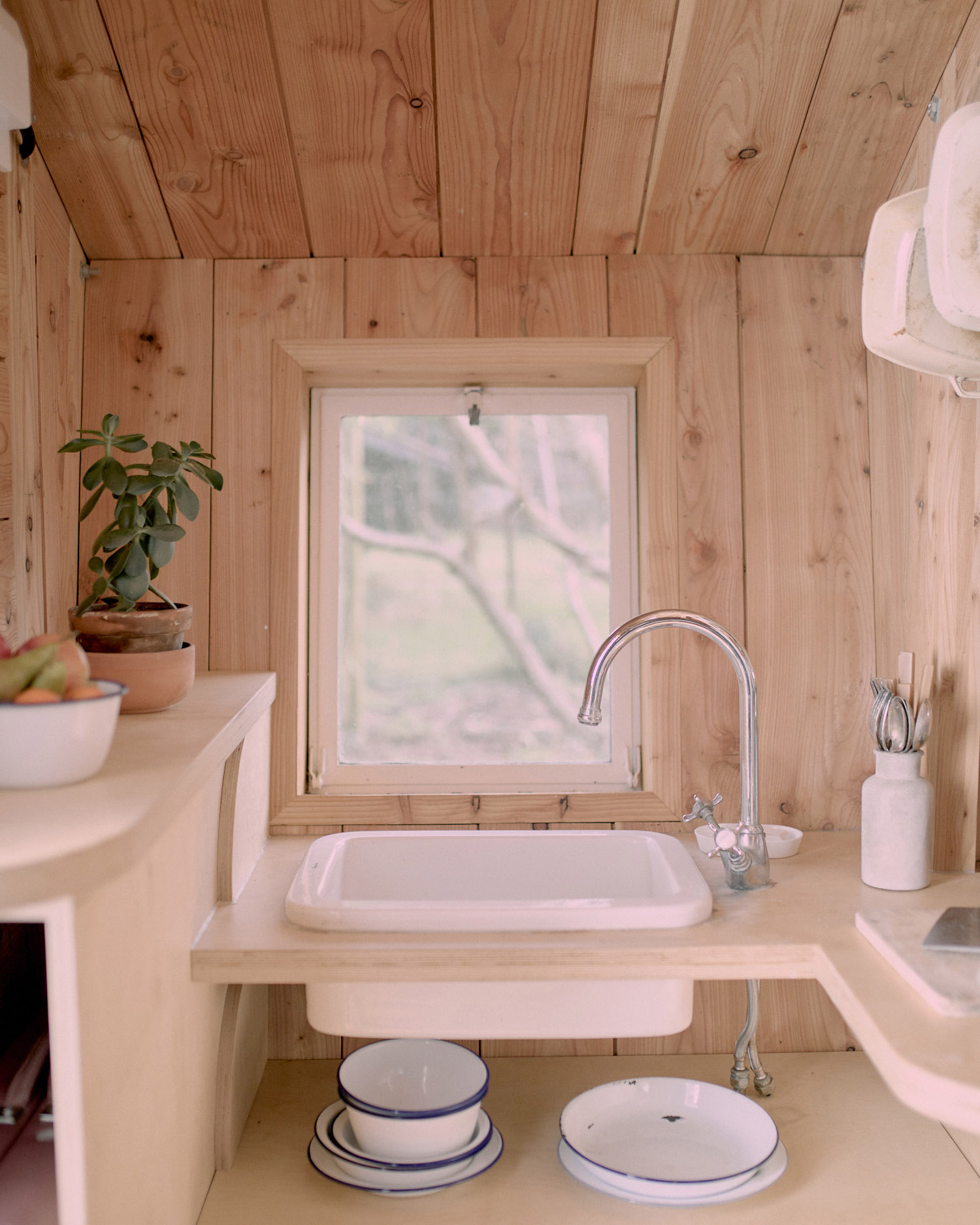 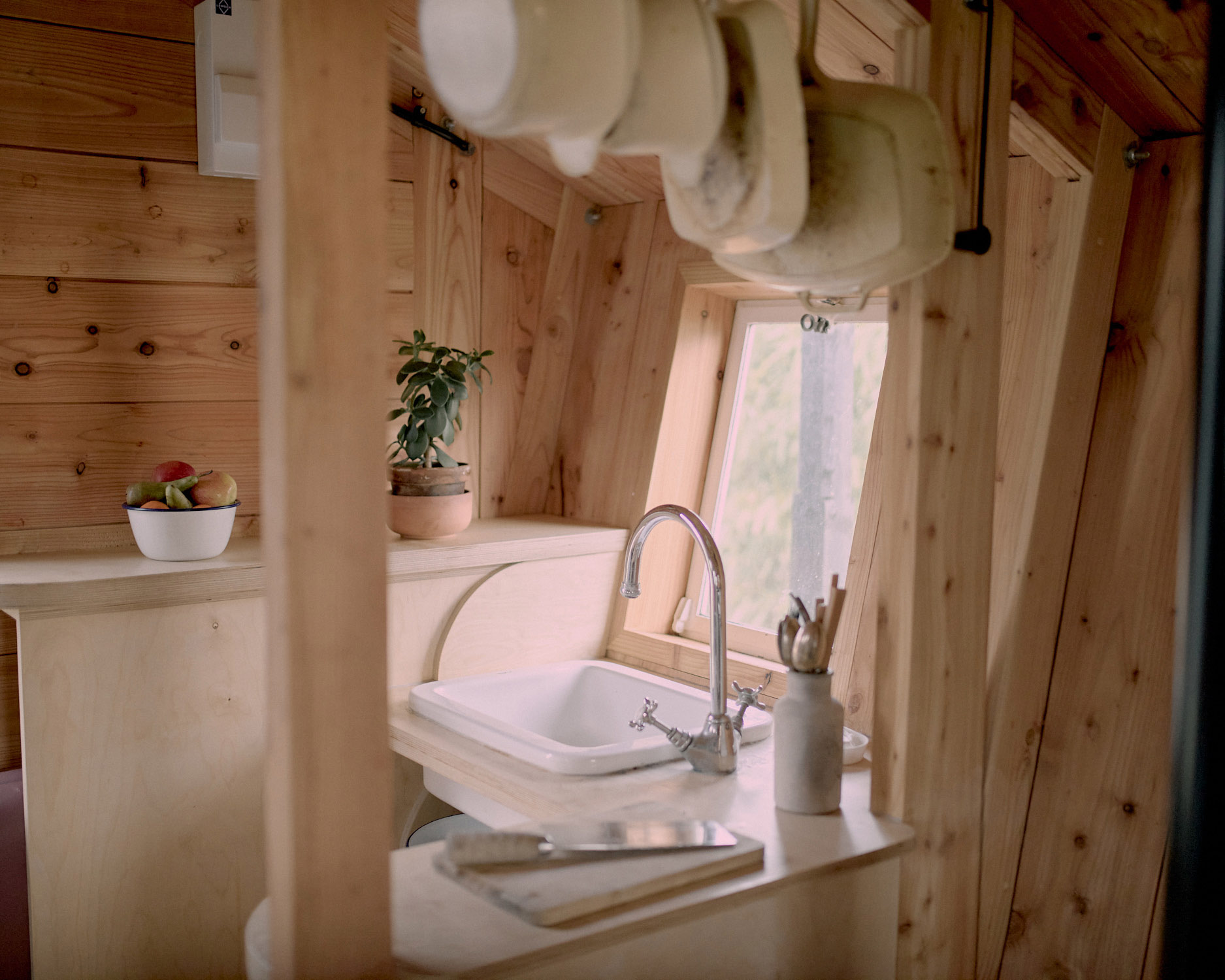 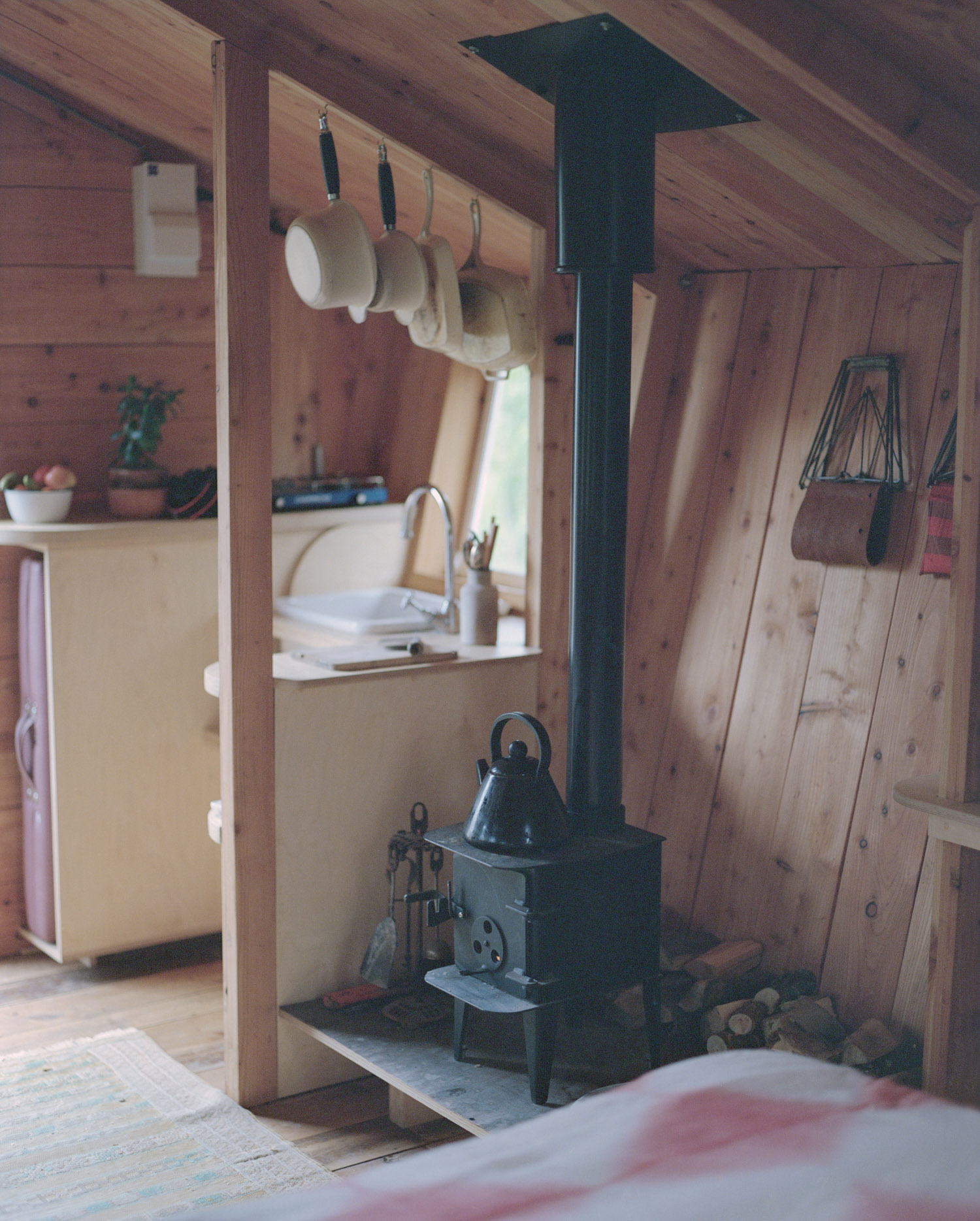 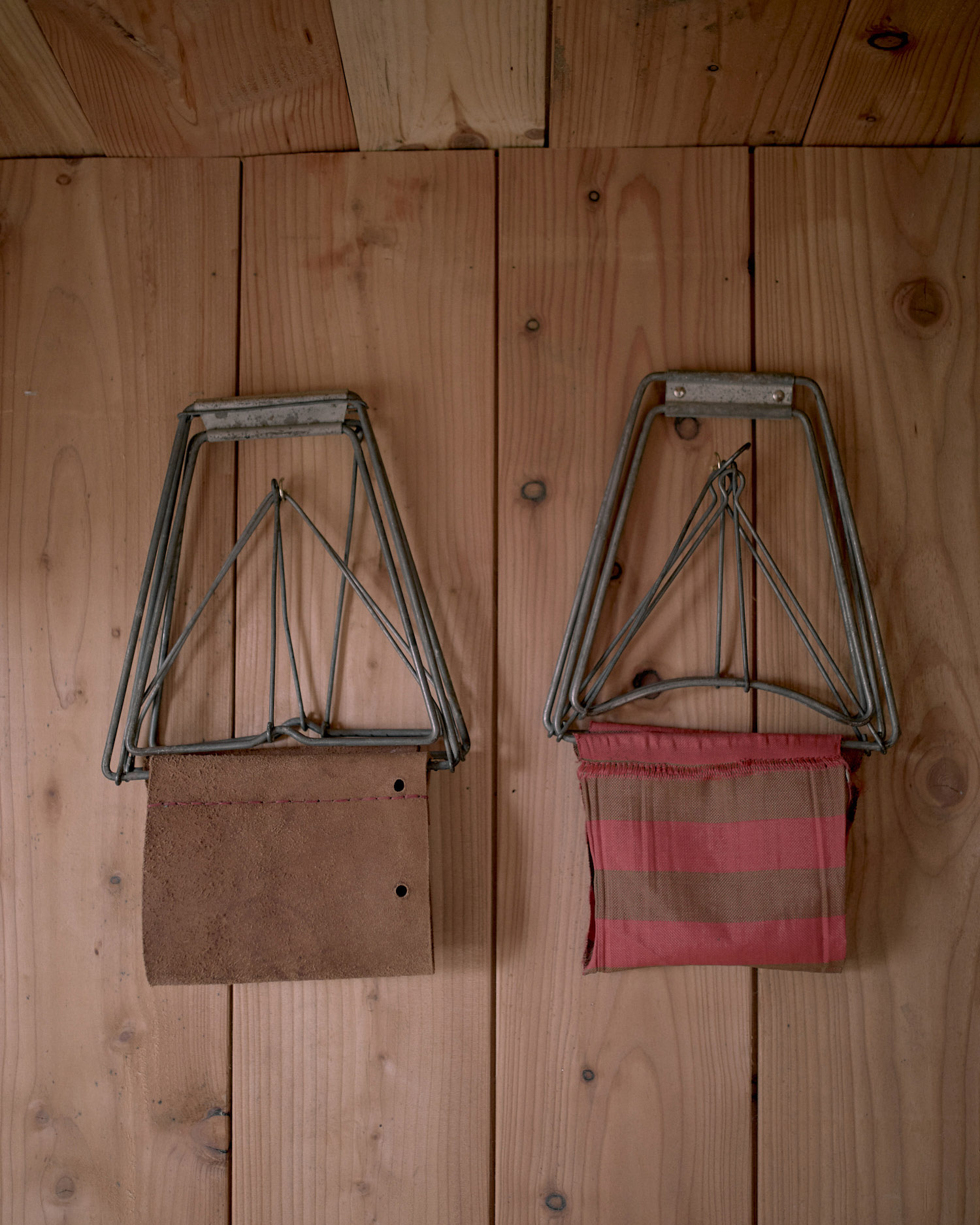 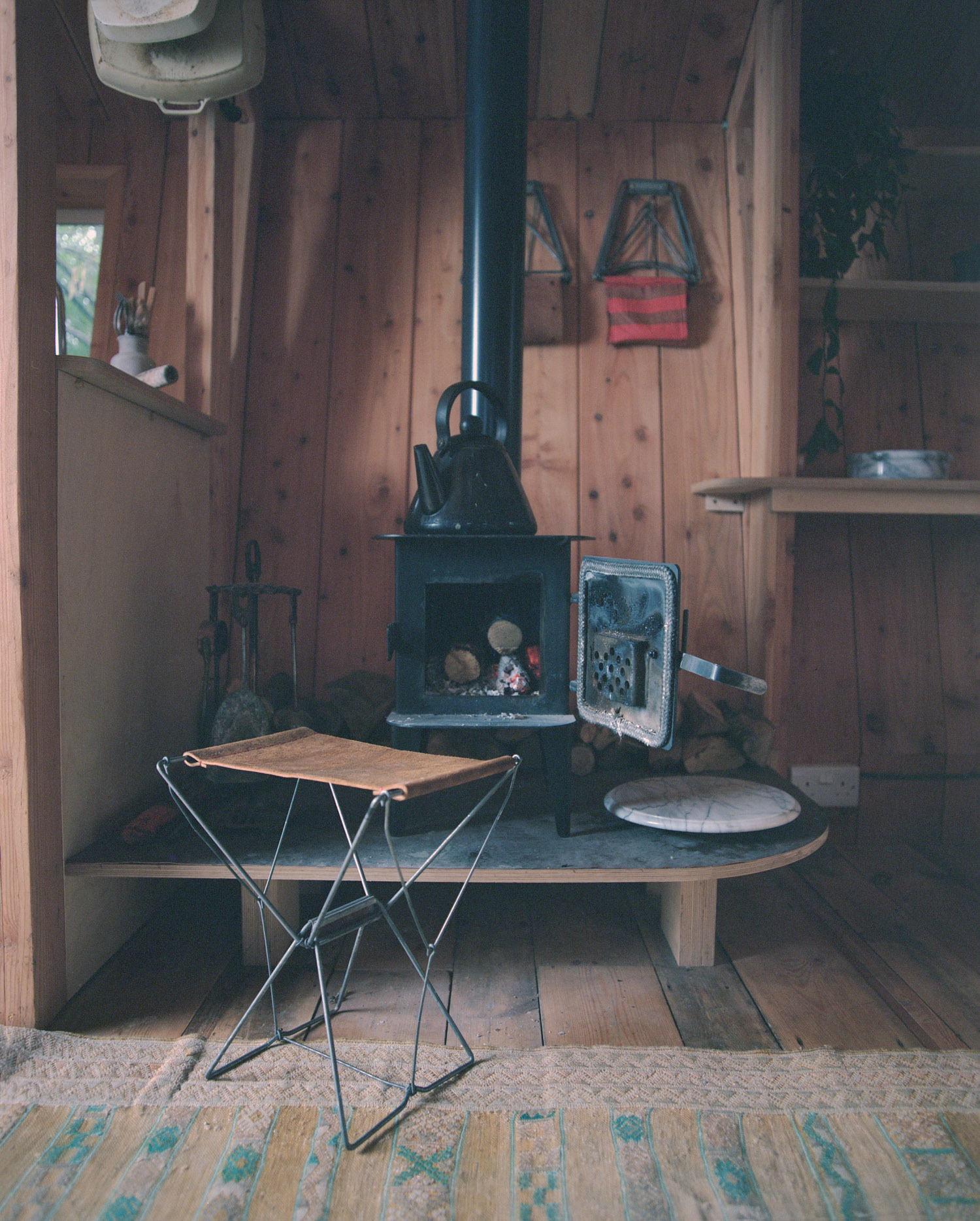 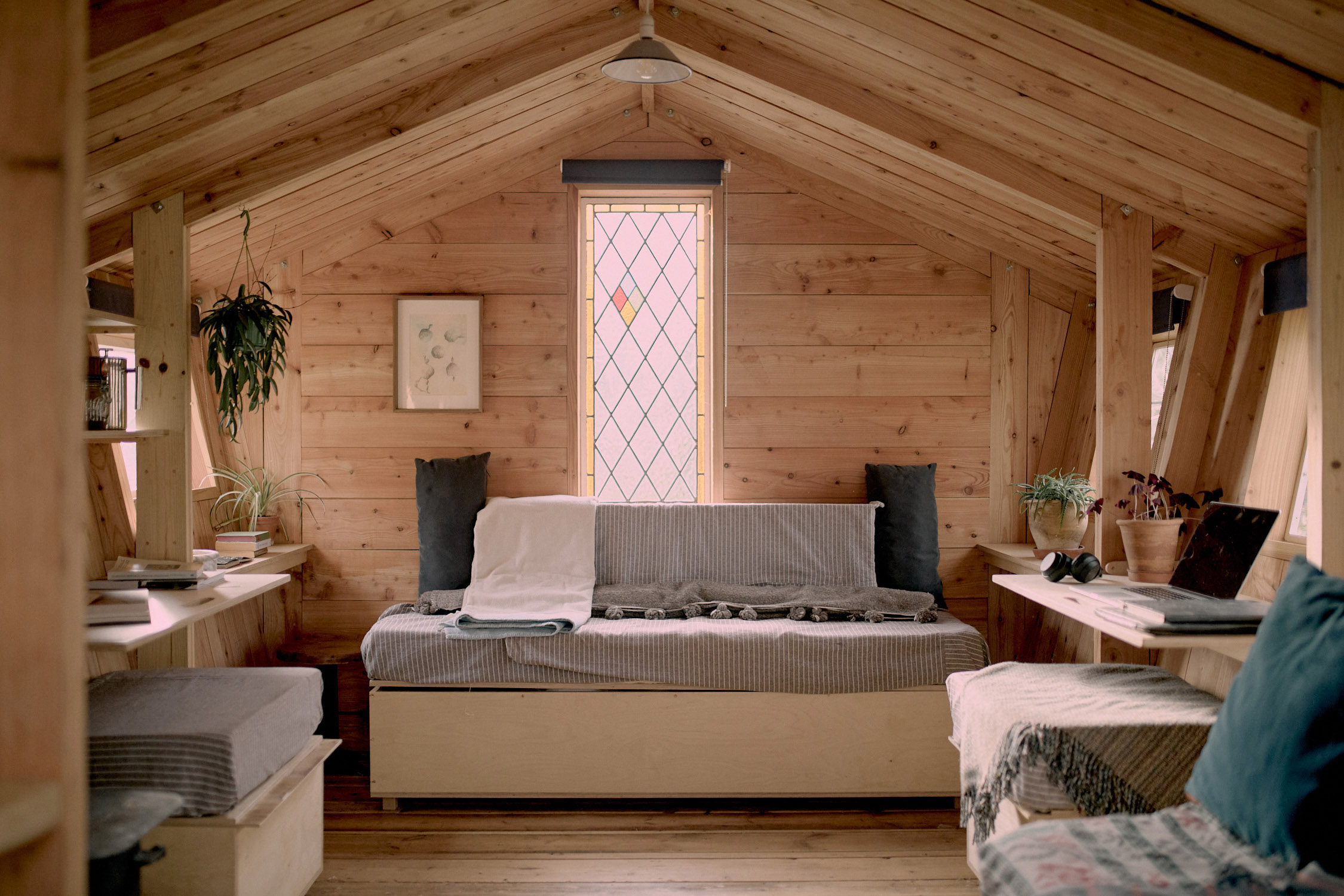 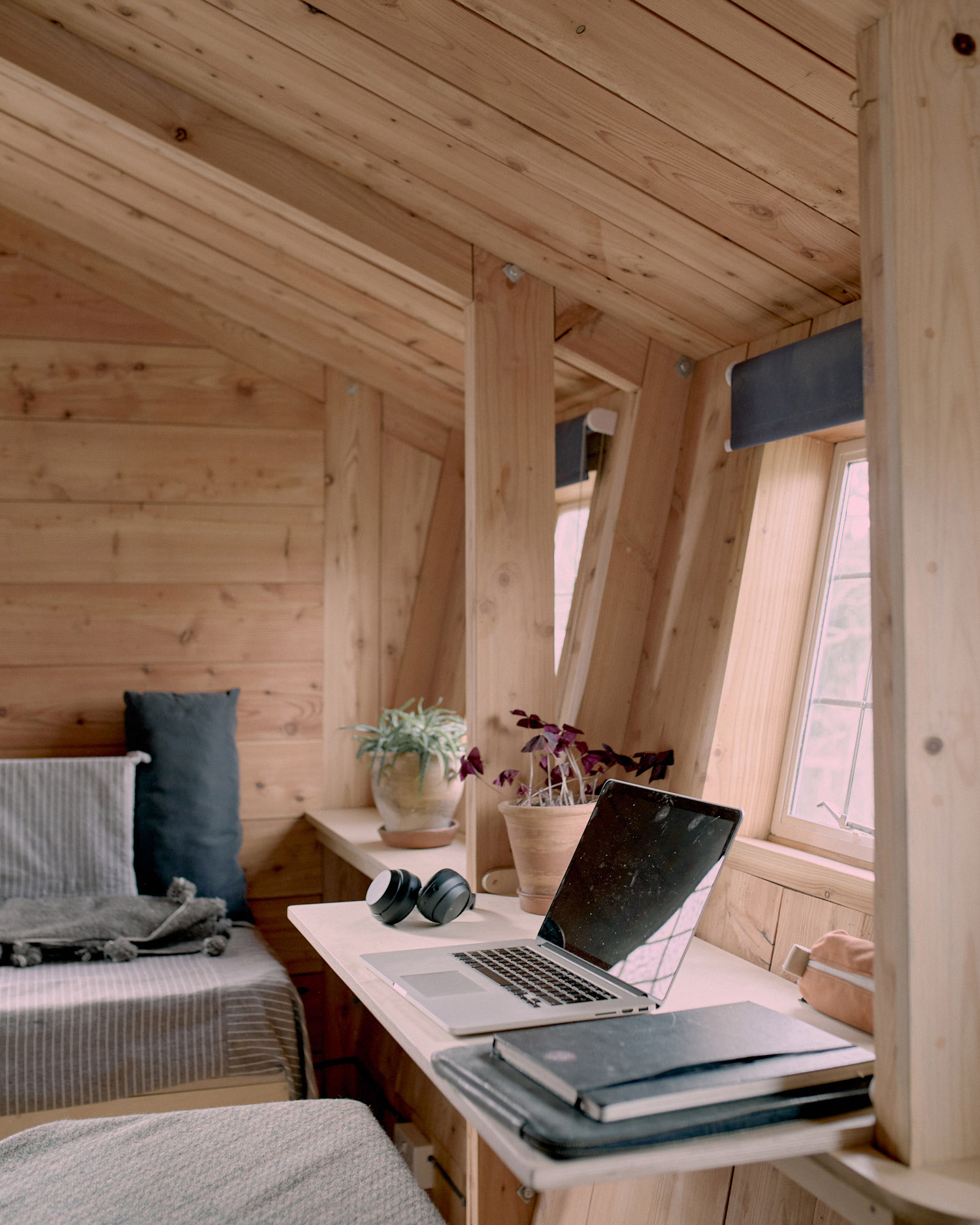 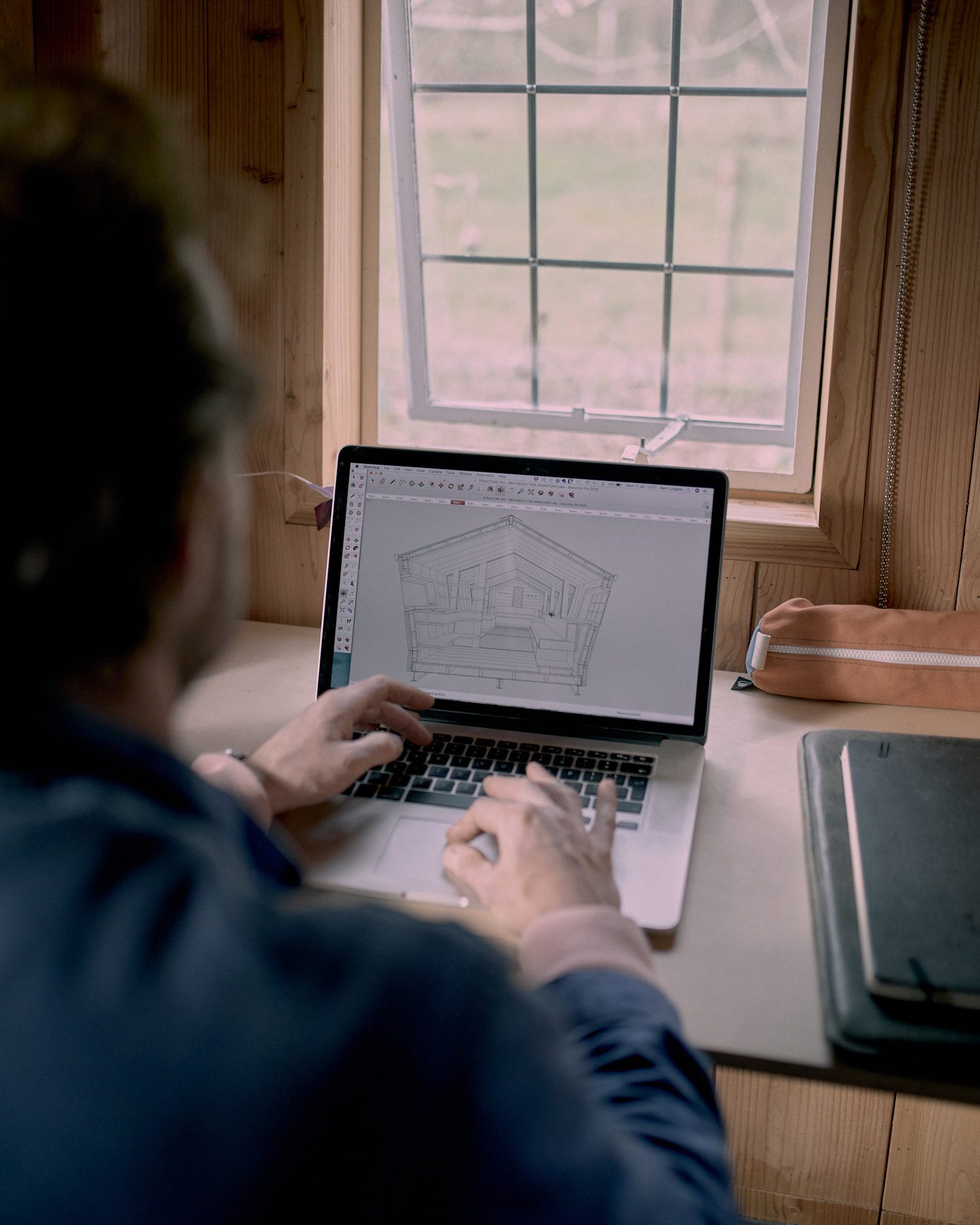 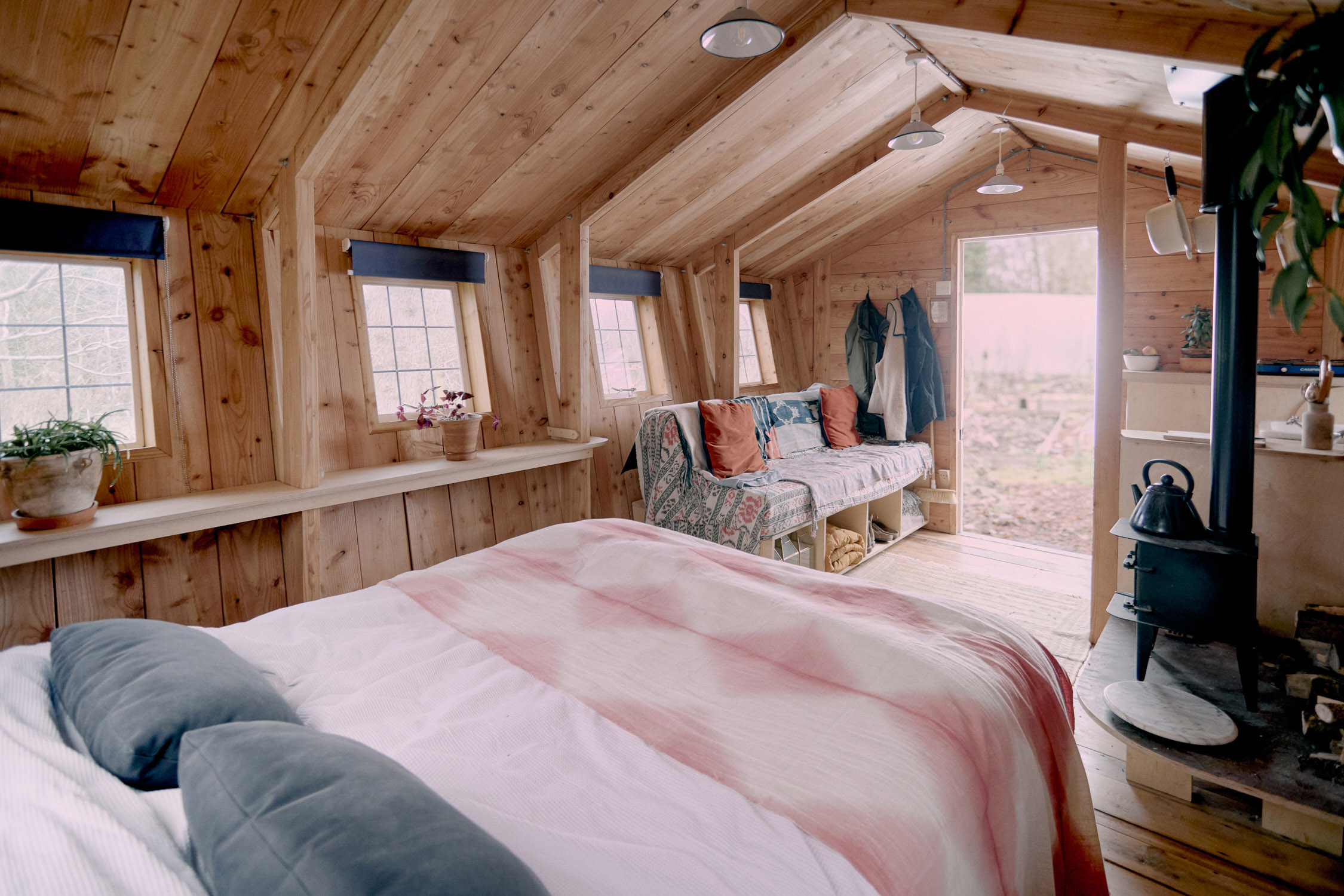 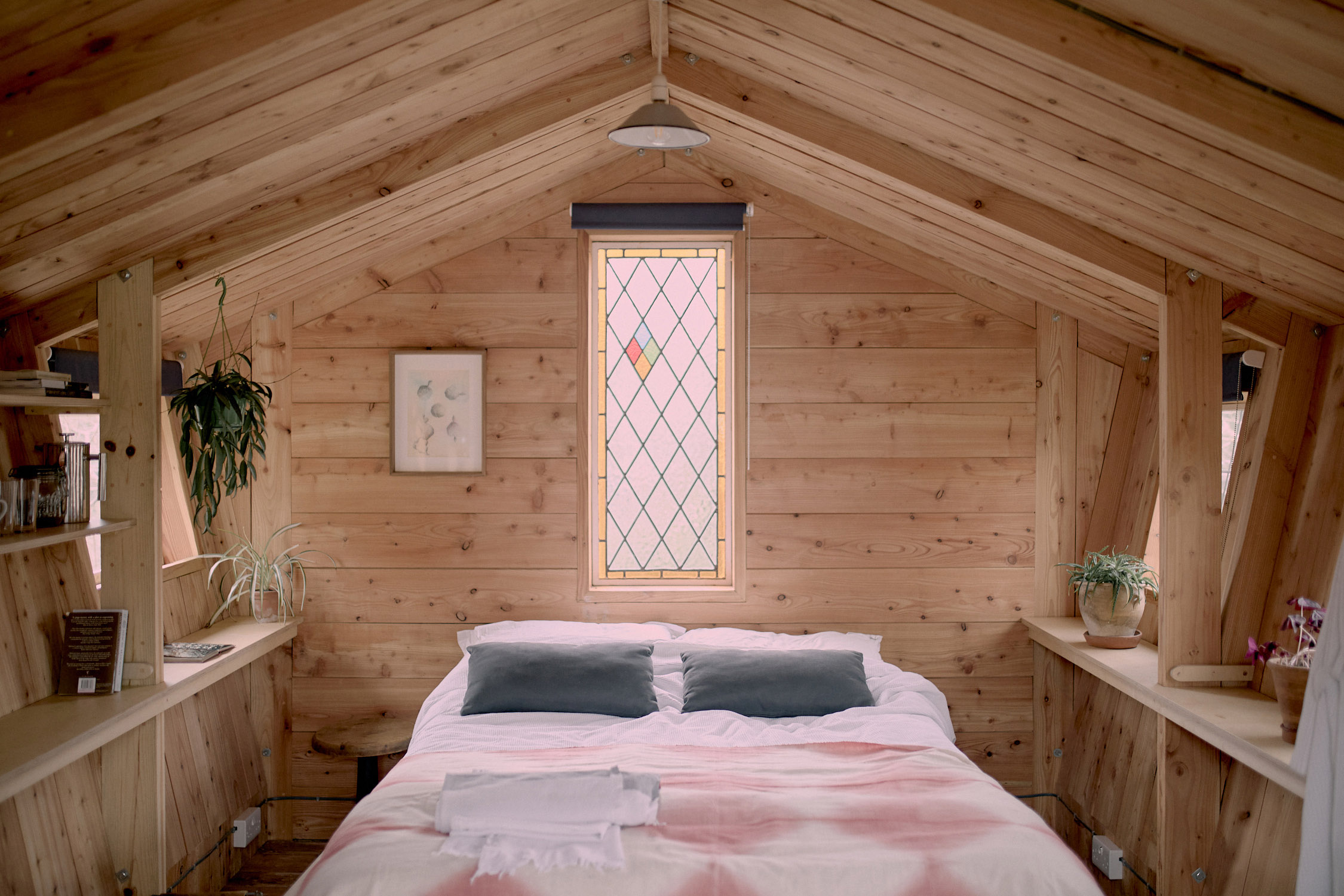 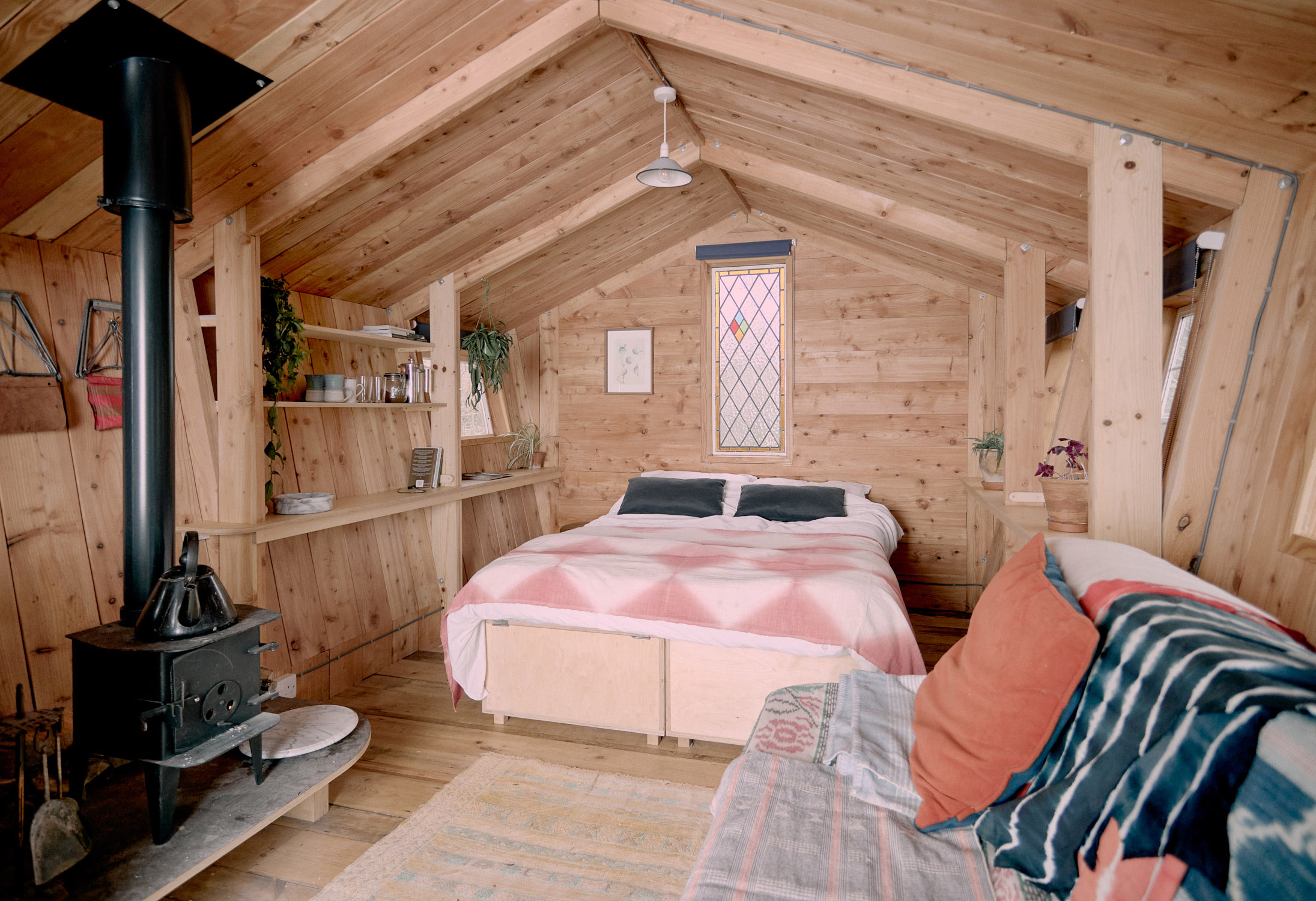 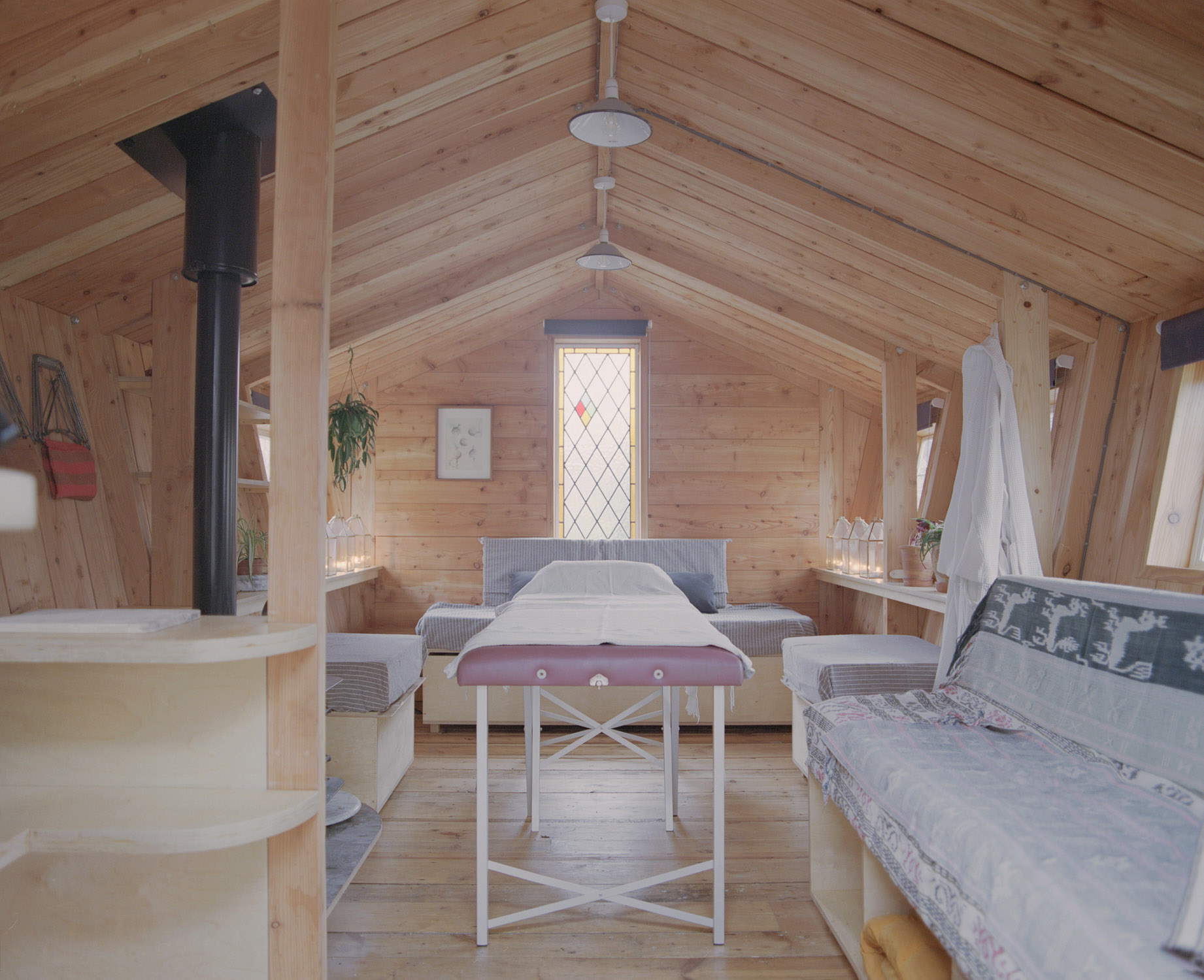 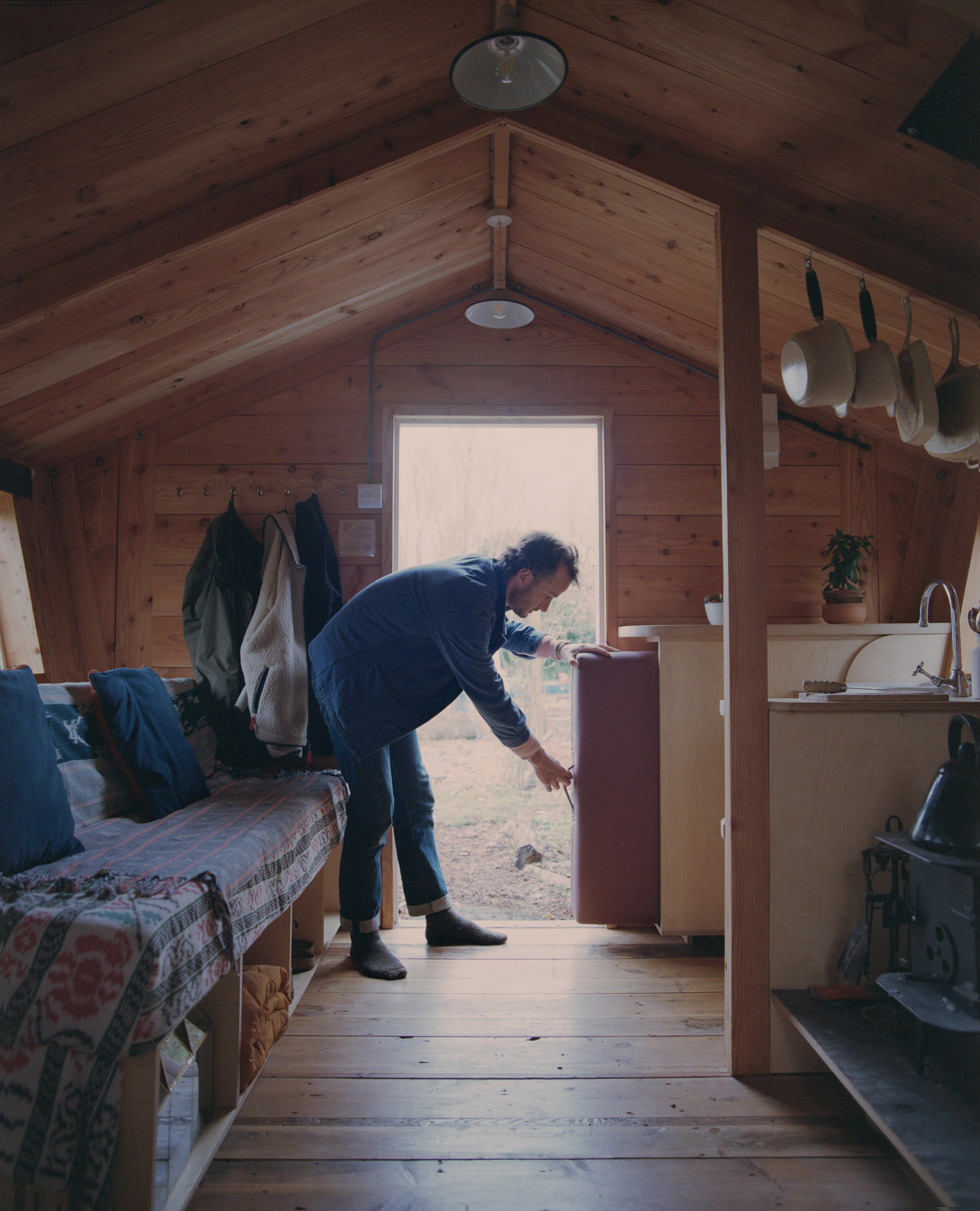